Toots his little trumpet as loud as he can,

Soon we’ll all stop listening because no one will care,

Thirty minutes after he’s left, we’ll forget he was ever there.

There has been some very hard lessons learned and not learned from our new, unwanted visitor, Covid-19.

But, the most important lesson to be learned is the one currently in the making and if we don’t heed its message, we most likely won’t survive the next invasion.

I hear lots if rumblings about who to blame.

It’s in some of our natures to place blame in the immediate because it converts our insecurity and fears into anger so that we can redirect that negative energy outside of our bodies in an attempt at relieving our stress. In the end we find that the attempt has failed then find someone or something else to blame. It’s not too dissimilar to when a person is killed on death row and his victims not feeling vindicated after his death, when they thought that they would.

Every second looking for an outlet to place blame is time wasted on solving the problem.

The first significant flu outbreak was the Russian Flu in 1889. This flu started in, “Siberia and Kazakhstan, traveled to Moscow, and made its way into Finland and then Poland, where it moved into the rest of Europe” (History.com). The outbreak eventually found its way to the US and Africa killing 360,000 people.

The next flu outbreak was in 1918 and was called the Spanish Flu. Even though the flu was observed first in Europe, the United States and Asia, it wasn’t until an outbreak in Spain inspired the Spanish Flu moniker. Because a vaccine was never discovered, the flu killed hundreds of thousands of Americans and did not stop until those that were infected developed an immunity to the virus or died.

It wasn’t until 1946 when the United States created the Communicable Diseases Center, the successor to the World War II Malaria Control in War Areas program[5]. Back then, Malaria was of chief concern but in later years, the CDC expanded its focus to include, “emerging diseases and other health risks,” such as the one we currently face today…Covid-19.

Why is it that from 1889 to the present, we have not been able to put together a department that is capable and ready to not only create vaccinations for emerging diseases but to provide the people with the equipment necessary to protect themselves and their patients. What about protection for working people that may have to stay at home – how do they get paid? What about protection for landlords and businesses? What about the uninsured and the homeless? How do people get their food if they can’t go to stores? How do students continue to get an education? These are but a few questions that should have been answered a long time ago. Instead, we left ourselves wide open for yet another sneak attack due to a failure of imagination.

Who do we blame, no one…why? Because every minute that passes that is being used to find blame is a minute wasted finding a solution to your immediate problem; how do I pay my rent/mortgage/bills, do I file for unemployment, what do I tell my children, where do I get my food, how do I keep me and/or my family safe?

My hope is that our leaders from around the world will get their heads out of their asses and create an organization comprised of every nation to work together to combat our invisible enemies and to protect everyone from pandemics yet to come. President Kennedy said it best:

“So, let us not be blind to our differences–but let us also direct attention to our common interests and to the means by which those differences can be resolved. And if we cannot end now our differences, at least we can help make the world safe for diversity. For, in the final analysis, our most basic common link is that we all inhabit this small planet. We all breathe the same air. We all cherish our children’s future. And we are all mortal.”

“The reality is we ignore 80 to 90% of what the president says,”
— Read on politicaldig.com/rick-santorum-crashes-and-burns-on-cnn-after-pushing-insane-defense-of-trump/

Wow…one has to wonder about the ten percent that is not ignored. “Somebody get me a cheese burger.” 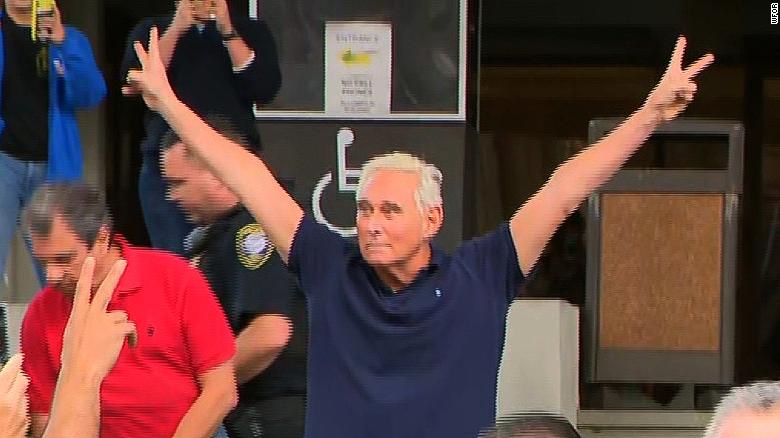 LOS ANGELES (AP) — Donald Trump Jr.‘s appearance Sunday at a university to talk about his new book on liberals and free speech was marked by an argument between him and the audience over why he would not take questions, the Guardian newspaper reported .

“I visit them monthly. Even if Donald Jr lived a 1,000 years, he will never even get close to being as good and honourable as they were.”