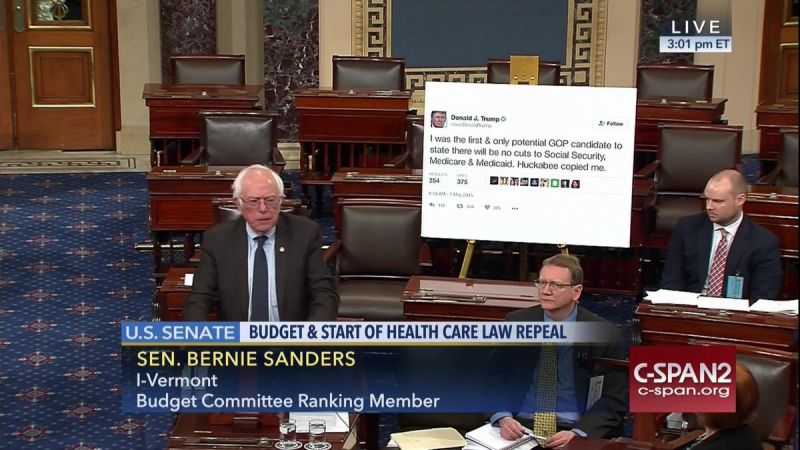 I have to hand it to Bernie for displaying a blow-up of a tweet belonging to Trump to highlight the fact that he stated that there would be no cuts to Medicare and Medicaid.

Unfortunately it seems that Bernie may have arrived late to the party.

I could be wrong but I think the point that he was trying to make may have fallen on deaf ears.

Bernie should know by now that Trump’s supporters did not vote for him because they believe that he speaks the truth, they voted for him because he says what’s on his mind – the truth is inconsequential. When Trump made this statement,

his own wife, Melania, along with other male and female Trump supporters, dismissed the statement as, “boy talk.” The take away was that Trump didn’t really mean what he said and the result is his presidency.

Is Hillary in jail?

Did Trump really drain the swamp?

Come on Bernie…you can’t be that naive.