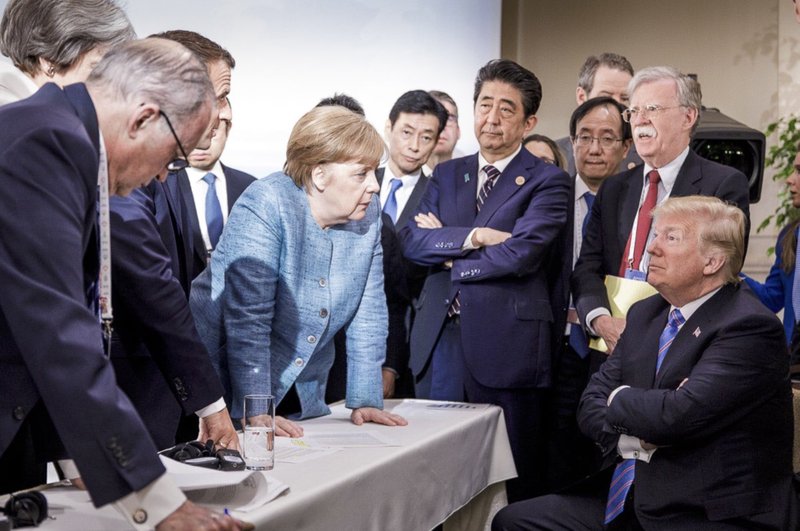 After the G-7 summit, instead of speaking in public, Trump retreated to Twitter and tweeted that Trudeau was, “dishonest and weak.”

It would be nice to have a President with the balls or even the intelligence to say what’s on his mind in front of the camera or in someone’s face.

Judging by the photograph above, I could understand why Trump decided to scurry away back to Air Force One with his tail between his legs.